A Culture of Lates

This report published by Culture24 looks at museum lates and their role in the night-time economy. The results are based on 15 years of data and insight from UK Lates, including Northern Ireland. Here are some of the most interesting findings from the report:

Night time is a huge opportunity for museums and heritage

The night-time economy contributes £66 billion to the UK annually and current UK Lates events bring in £9.6 million in ticket earnings per year. Night time events can increase the use of museums as the centre of community activity, and they help to balance the drinking culture that dominates night-time activities in the UK.

Many cultural activities already take place primarily at night, such as film, theatre, and music, so there is huge scope for a growth in the use of museums after-hours, particularly in Northern Ireland.

When people visit with friends and partners, rather than family, they tend to think of their visit as a social or leisure activity, rather than as an opportunity for learning.

Visitors lose their inhibitions at more social, fun-orientated evening events which is important if they are attempting a new art activity. “People who maybe hadn’t thought that they were interested in doing a drawing session would do something… I think people react differently to it after hours, certainly,”

However, most lates events were registered on the Culture24 website as ‘family friendly’ (66.1%) as opposed to ‘Aimed at Adults’ (33.9%). This could indicate a disconnect between the kind of events that venues programme and who they target, and the kind of after-hours programming that visitors really want.

There could be two very different markets here with different audiences. If venues programme early evening events starting around 5pm and finishing before 9pm, they may still attract families. However, events that run until 11pm and feature a licensed bar are less likely to be for or attract families with children.

1,074 respondents were asked, ‘Would more after-hours events or extended hours in your local cultural venues make you interested in attending more often?’ 72.9% responded yes, 19.4% maybe and only 7.7% said no, suggesting that the demand for more events is high.

The evaluation of the 2012 May Museums at Night festival found 5,000 visits (4% of all visitors) from people who said they had never visited an arts venue before.

As well as attracting those who haven't been before, museum lates can be a way to reach demographics who aren't typically attending. The results of our NI museums visitor profiling project showed that almost half of museum visitors are aged 55 and over with the lowest representation in the younger adult age categories (16-19 and 20-24).

Many visitors to museums and galleries during the day are teachers, parents, or grandparents, with children; evening opening can attract a younger set of adults and a more diverse audience. Late night museums: The new nightlife (Alice Vincent, 2013) found that 95% of Science Museum Lates attendees were aged 18-35.

The busiest region for lates (as you might have guessed) was London with 5511 lates over the eight year period covered by the report. Between January 2009 and April 2017 there were 175 lates event in Northern Ireland - the lowest amount of any of the 12 UK regions covered in the report. Wales had 434 events and Scotland had 879 events during the same time.

Right now, we're trying to change that and make museum lates part of the cultural landscape across Northern Ireland. We're collaborating with Northern Ireland Museums Council and Seedhead Arts on a Musuem Lates programme for the the European Year of Cultural Heritage. Up to eight museums across Northern Ireland will be involved in creating dynamic cultural heritage experiences which will change the perceptions of what to expect from a museum in 2018.  Interactive experiences and creative engagement strategies will refocus and reimagine the museum experience for people aged 18-30. £80,000 has been given to the project from the Heritage Lottery Fund, Tourism NI, and the Department for Communities.

This report from Culture24 explores after-hours events in museums and their role in the night-time economy. 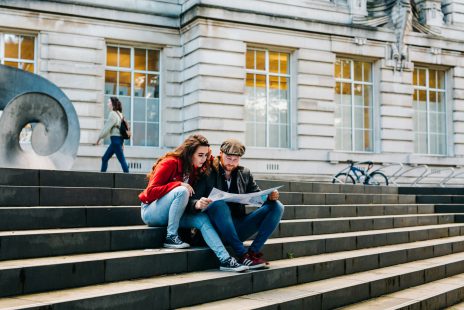