How Taylor Swift does audience development

As thrive’s chief data nerd, I’m often pulling loads of data at a time. When I do this, I like to play music in the background, everything from Linkin Park to Hawaiian artist Anuhea and yes, even Taylor Swift (hey, don’t judge).

Instead of streaming music on Spotify this week, I decided to open Netflix and put the Taylor Swift Reputation Stadium Tour on in the background while I worked. What I didn’t expect was to hear her do anything related to audience development!

So what did Taylor Swift do?

Taylor Swift has been a major force in the music industry for more than 15 years, so she probably doesn’t *have* to do any of these things as her fans are so bought in, but she does them anyways.

This year at thrive, we’re putting a spotlight on the audience journey, from the first time they hear about your organisation to when they become loyal returning customers (and even members). And speaking of friends, we have broken down all the different stages of this audience journey into a friendship analogy: when people first hear about you, when they meet you for the first time, when they meet you again and when they become your best friends. Check out our resources to find out more. 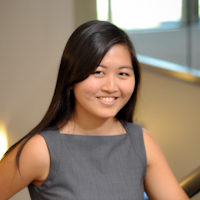