It’s conference season at the moment, so we have been out and about quite a lot.

First up, was Theatre 2016, held in central London in mid May. Thanks to a Ryanair flight at £25 and a discounted delegate rate offered by TheatreNI, the draw of the line up was too good to miss.

Being the good data geeks that we are, Clive Humby, the man who revolutionised retail loyalty cards with Tesco Clubcard, was the main event. Humby, who also owns the company providing the software we use to extract box office data, was talking about the next level of understanding your audience. Box office data is a good start, mused Humby, but it is limited in what it tell us. Sure, you will know how far your punters have traveled to the show, and how far in advance they booked their tickets. But nothing about their motivations, or what could be gleaned from looking at Twitter activity. Cause theatre is just different from shoes or cars, and can’t be talked about in the same way. Can it?

Shameless plug. This year, we are piloting software which does both. Looks at your box office data, pulls in social media activity and crucially also asks the customer why they came.  Oh, and it deals with the thorny issue of those organisations who don’t have a box office.  Good? We think so.

So far so interesting… But then came Twitter war. What I thought was quite an innocuous tweet started WW3.  One of the speakers was talking about attracting those people who don’t normally go to “the arts” – you know, the holy grail. He had been to his first theatre performance at the age of 20, and within 3 years, had put on a sell-out show in the West End. Yes, it was a musical – an Afro Beats musical. But over 80% of the audience had never been to an arts event before, and guess what, a lot of them went back. So I tweeted what this speaker implored the audience – Make what your audience want to see. Don’t make the work that you want to make, and then try to find the audience.

Nonsense, came the cry. Theatre will end up like Hollywood. Reading it back, I see why it is controversial for some. You can’t just give people what they think they want. You have to challenge them. Inspire them. Show them the things they didn’t even know they would like.

But it should be a balance. The audience must be part of the consideration before you even begin making the piece. Cause if no one wants to see it, aren’t we missing the point? 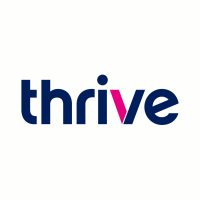