Open House Festival - how data convinced them to move home

Open House Festival began life in Belfast in 1999 and moved to Bangor in 2013 where it now runs everything from music, dance, literature and film events, to historical walking tours, pop up restaurants, comedy and theatre.

It’s a festival that stands out for a couple of reasons. For one, it made the brave move to relocate completely from Belfast city centre to Bangor - a seaside town with a population of 60,000. The other striking thing about Open House Festival is how quickly and wholeheartedly it has become embedded within the local community.

I talked to Alison Gordon and Kieran Gilmore to find out why they made the move and how they manage to connect so well with the local Bangor audience.

How did Open House begin?

We were the first festival in Belfast’s cathedral quarter back in 1999 and so at that stage our mission was to help the redevelopment of cathedral quarter. Right from the very beginning we were interested in ideas around placemaking and about how you can use art and culture to change communities and aid the process of regeneration.

But over the years the cathedral quarter did become regenerated and our mission was effectively fulfilled, (not that we'd done it single-handedly!).

It sounds like a funny thing to do but we'd done the work that we'd set out to do - because we do believe that it's more than just art for art’s sake. What we do has to have an impact, it's got to be a regenerative force.

So that's why we then moved to Bangor because we saw the need. Bangor grew up around arts, culture, leisure, and tourism but it ended up being a dormitory town for Belfast so it was about making it that town again.

It must have been a difficult decision to make the move?

We were able to use our box office data to really look at the evidence for moving. We knew that a big chunk of our audiences were coming from Bangor to Belfast. I think there was one particular year when BT20 (Bangor central) was the postcode with the most people coming to our festival in Belfast. So the problem with Bangor is that people live here but they spend their money in Belfast shopping and socialising. We realised our festival was part of the problem and if we moved the festival to Bangor it could be part of the solution.

So that data was really important. I don't think we would have made that move if we hadn't had that hard evidence that we already had a strong customer base in Bangor.

Our current audience now is about 70% Bangor, about 30% from outside Bangor.

How did you build your brand and audience again after the move?

Local businesses have been a real key target audience for us and they've helped us market the festival. We've developed a scheme called festival friends. It's where local businesses offer festival ticket holders discount on whatever they offer. For example, there's a fishmonger at the bottom of the high street that's been there since 1890 and were offering I think 20% off everything to ticket holders. And for a fishmongers to be a festival friend to us reflected their buy in and the diversity of that within the local businesses. Carpet shops, barber shops, jewellers are all on board - and lots of hospitality businesses too of course.

We surveyed the businesses and asked why are you doing it? And it was more about being seen to support the festival rather than increasing sales. I think they felt that their customers valued the festival and they wanted to be part of that. But they also see the long-term benefits for Bangor.

It's taken us four or five years to build those partnerships. People have confidence in us now in terms of actually delivering year in and year out and it feels very loyal now. 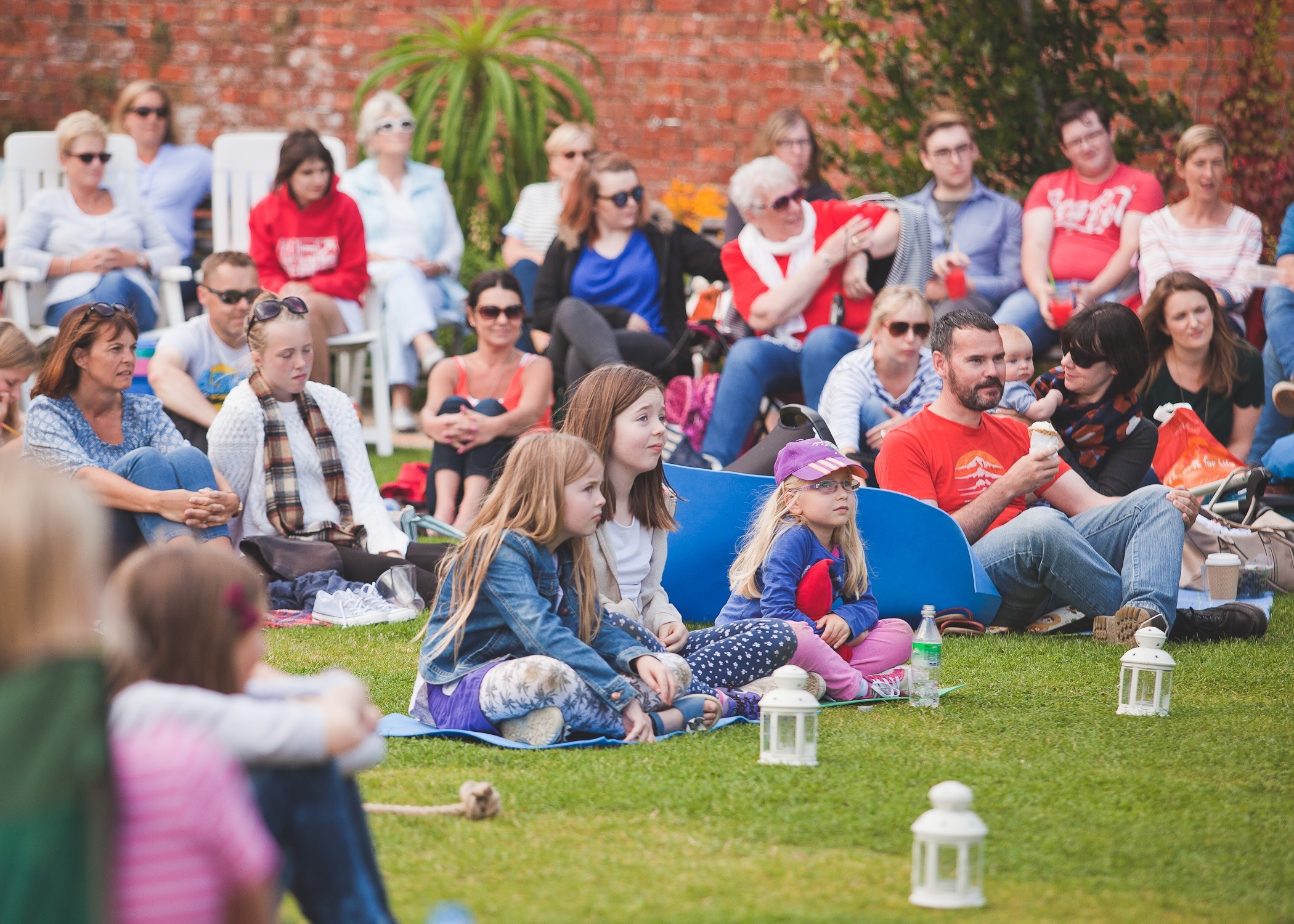 How do you keep on top of what your audiences want from Open House?

We've put a huge amount of effort into gathering feedback, so last year we got over 1800 completed responses from our customers. We ask about things like gender and age and where people come from. But also things like did you book accommodation and how much did you spend to come to this event? I know that the tourist board puts the average spend on food, accommodation etc by an event attendee at £18 but for us it came out as £32.18 per person per event over and above their ticket price.

We also ask people “what would you have done if you hadn't gone to this event?” So when we talk about our economic impact people can't say “well if they hadn't been at your event they'd have been at something else”. They wouldn't. 90% of our audiences wouldn't have gone out that night if there hadn't been something on.

What are your audience goals now for Open House?

We'd like complete saturation in Bangor if possible. Our audience profiles tend to be older. We're quite happy with that. The people who are most likely to impact on the town are older people with disposable income who are going to come in and go to the bars and the restaurants and so on. But we've started doing some electronic music over the last year for younger audiences – late teens to mid-twenties.

I suppose the biggest demographic we would be looking to is to start bringing more visitors into the town. And that's starting to happen mainly through friends of local residents, ex-pats, and then local tourists - people coming from the rest of Northern Ireland. But ultimately we would really like to have international tourists coming here. So we'll get to a point where we can't get any more Bangor people but we'll want then more from the rest of NI and then more international visitors coming.

In terms of your programming and the festival itself - what's next?

Well for the first time in Bangor we're hosting three large outdoor concerts right on the seafront and that's the Waterboys, John Grant, and Public Image. So that’s a first for us, which is working really well. Early on in the year we're getting a lot of attention to the festival by announcing those concerts quite early whereas before we kept everything under wraps till we launched the festival.

We've also just been awarded funding from the Heritage Lottery Fund from the Great Place Scheme. It’s a three-year project which will be an open-air festival within the festival called ‘Seaside revival’.

Talking to Kieran and Alison was really inspiring. Open House’s success is a real example of audience development in action. Here are some top tips that I think any organisation can take away from their journey:

1. Data has to be the starting for all your strategic and operational decisions. Don’t let it be only something you collect to satisfy funders. Every piece of information you ask customers for should answer a question for the development of your business.

2. Audience development is a long-term commitment. It has taken Open House five years to get to this point since moving to Bangor.

3. Keep your focus. Open House very much see their primary market as Bangor audiences. Yes, they do get people travelling from elsewhere, and have ambitions long-term around out of state visitors. But by making the festival a success for the local audiences, word gets out without having to take your “eye off the ball”.