Building New Audiences for Museums with ‘The Late Shift’

In 2016, Northern Ireland Museums Council (NIMC) asked us to profile visitors to museums in Northern Ireland. Our research revealed that visitor representation was lowest in the 18-40 age category, accounting for around only a quarter of all museum visits.

It showed a clear gap in the audiences - people were visiting museums as children, with their family, or when they're older but there was a lack of engagement from those in-between.

In 2018, we partnered with NIMC and Seedhead Arts to run an audience development project to help museums attract this missing audience. We were delighted to receive project funding from National Lottery Heritage Fund, Tourism NI, and Department for Communities as part of the 2018 European Year of Cultural Heritage.

What we came up with was ‘The Late Shift’ - a series of after-hours, adults-only events that took place in museums across Northern Ireland during the Halloween season.

All of the events were specifically designed to attract those who wouldn’t normally visit museums and were missing out on heritage treasures right on their doorsteps. Each lates event was inspired by the collection or built heritage of its own museum.

Visitors got to explore a unique heritage venue, have a drink with friends, and experience their local heritage in a completely new and immersive way.

Along the way, museums had support with project management from NIMC, creative programming from Seedhead Arts, and here at thrive we led the communications campaign and delivered the project evaluation.

A Way to Attract New Audiences

Museum Lates are a proven attractor for younger audiences – particularly within the 18-30 age-range. We wanted to shift the perception of museums as being just for families, by programming over-18s events that would appeal to adults looking for a social experience.

Apart from appealing to the interests of this target audiences, lates also overcome one of the most common barriers for engagement with culture or heritage among all audiences– ‘I just haven’t got the time’. By opening museum doors after work hours, museums were automatically giving more people opportunities to explore what they have to offer.

Communications and branding around the events were designed to not only sell tickets, but to change perceptions around museums for those who didn’t attend. A new brand and social media strategy was developed, creating over 100,000 online impressions and attracting press coverage in Forbes Magazine, The Irish News, BBC Radio Ulster, The Derry Journal and many more.

Going forward, the museums have a proven brand to work with, and a library of both professional and user-generated photos and video from the events. 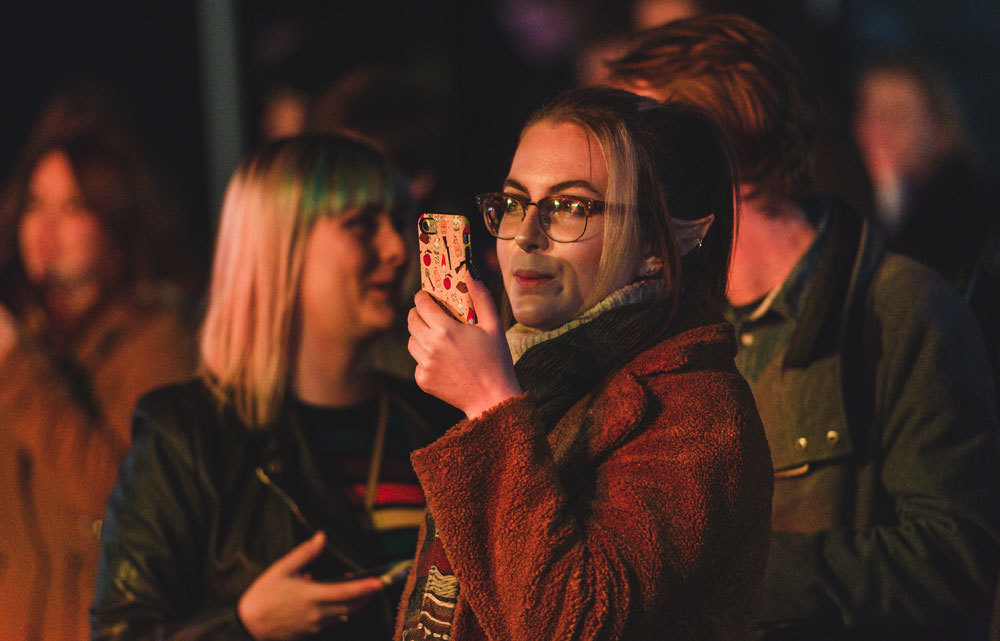 All of the events were ticketed, with most priced at £10. The vast majority of museum programming in Northern Ireland is free, so this project deliberately tested investigated how lates might become an income-generator for museums here.

The night-time economy contributes £66 billion to the UK annually and current UK Lates events bring in £9.6 million in ticket earnings per year. (https://wewillthrive.co.uk/audience-insights/reports/a-culture-of-lates). We hope NI can start to get a share of that as Museum Lates develop here for both locals and tourists.

Half of those who completed our Late Shift attendee survey said they would spend £10-£15 on future events, which is hugely positive sign for future income growth.

In UK-wide research, the busiest region for lates (as you might guess) was London with 5511 lates between January 2009 and April 2017. During the same period, there were 175 lates event in Northern Ireland - the lowest amount of any of the 12 UK regions.

The Late Shift project wanted to not only deliver a quality experience for audiences, but also to increase the capacity and confidence of the staff in producing social and out-of-hours events. After the museums had come up with their lates concept, they worked with Seedhead Arts to finesse the event. Things like lighting, ticketing, flow of people through the space, and lots of creative and visitor-focused touches helped elevate the events to the next level.

All of the project training, support, and evaluation was designed to give museums the skills and confidence to build lates into their regular programming.

Although the events were designed and marketed as social events, they all had heritage at their heart - presented in a new way to appeal to a specific audience.

There was some (understandable) nervousness about having lates events in museums – would collections get damaged? Would anyone even look at the collections or care about the history? Needless to say, these fears proved unfounded. There was no damage, and we got so much audience feedback saying that people were planning to come back again after the events to take a closer look at the collections and exhibitions. Having NIMC as lead partners on the project helped to give a heritage ‘stamp of approval’ to the project, so that people felt more confident that collections would be preserved and enhanced by the events.

I want to come back and read the new exhibition and interpretation, my feet were killing me in the high heels and I couldn't stand and read them like I wanted! – Carnival of Delights Attendee 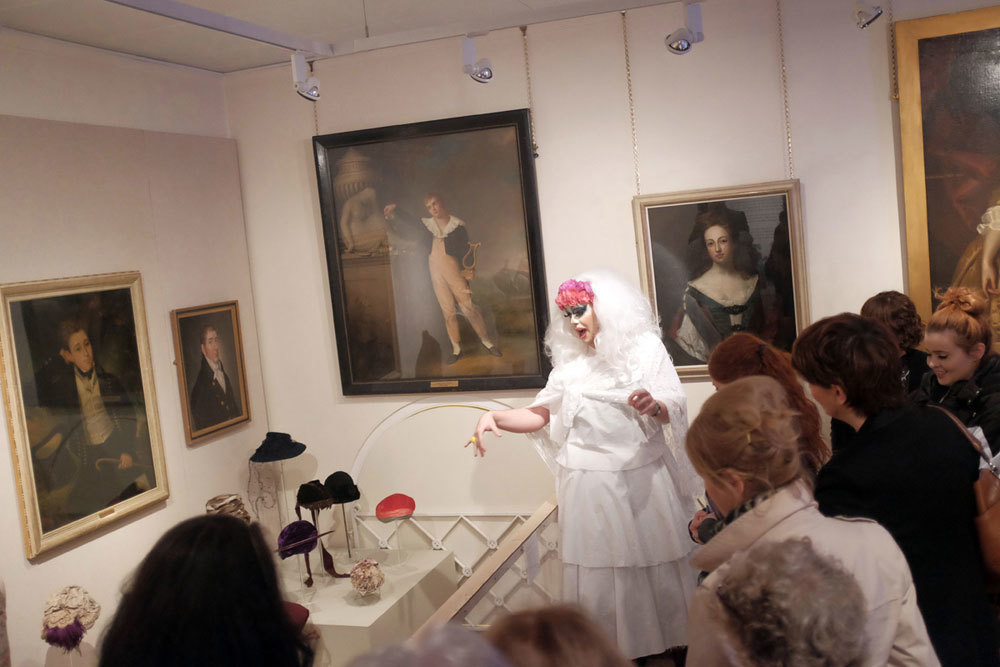 The Late Shift project design was inspired by the audience insight that we had gained during the 2016 survey. We wanted to make sure that that focus on data didn’t get lost, and that all of the museums could learn as much as possible from the project.

All of the ticket buyers were sent a survey after their event was over, and we also collected emails using free photobooths on the night. We were surprised at how successful the photobooths were. People were only too happy to share their email to get a digital copy of their photos and take part in the survey.

Here are some of the key findings so far from our evaluation of the events:

It was the best event I've been at this year. It looked amazing, great acts, great crowd and a fantastic advertisement for the museum.

Have more of these events please, I’ve had so many friends say they wish they had of known about it and want to go to events like this in future! People love trying something different. 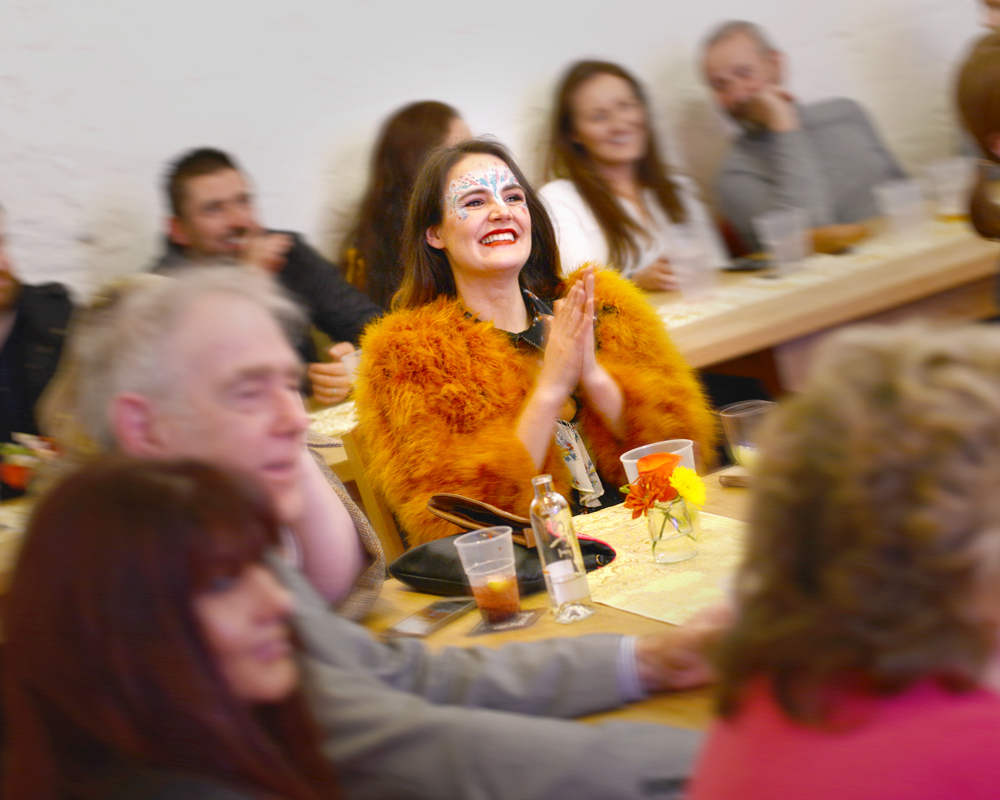 We’re busy compiling a full report on the project, and talking to museums about their exciting ideas for future programming. To keep up with the project, you can follow The Late Shift on Facebook or Instagram. If you’re a museum who’d like to get involved in future projects, just drop us a line. We also received great support with the project from Museums at Night who are a fantastic resource if you want to spark ideas for your own late, or have your event hosted on their UK-wide listings.