Avoid the awkward: asking about gender

In a sector where the customer experience is everything, making sure we don’t make our audiences feel uncomfortable is essential. So, in a world where more and more people don’t define themselves as simply ‘male’ or ‘female’, how can we ask about gender thoughtfully?

It could be easy to dismiss gender as irrelevant when attending or participating in arts, culture, or heritage. Think about your facilities though, your marketing, your booking title field or your mailing list sign-up forms. Gender crops up more often than you might think.

Surveys are particularly significant as you’re specifically asking someone for data that can be interpreted to define who they are, and that’s personal to them. You therefore want accurate information, but you also want to protect your customer relationship and prevent upset or harm.

You also have legal obligations to only collect information you actually need. And with the forthcoming data protection regulations (GDPR), there will be tighter regulations around what you can do with sensitive information. If you’re thinking about collecting information on gender, you should consider these three questions:

Do I need to ask about gender at all?

Collecting and analysing data on sex and gender can help you to make sure that your programming reaches your target audiences. If your organisation’s purpose is to increase access to your programming for all – then researching the demographics of your attendees will be an important part of achieving this aim. You may also have run a project or service that was designed to cater to a particular gender. For example, a workshop for older men in the local community, or a transgender film strand in an LGBTQ+ film season.

The important thing is to be able to justify why you’re collecting this personal data, and demonstrate that you need it for a particular purpose.

Here are some questions to ask yourself before you start:

If you can’t answer these questions, then you aren’t ready to ask such a personal question to the public.

If you can answer them all, your answers will help you to explain to your customers why you’re asking for such personal information. If people know why you are asking, they’re less likely to take offence or resent being asked.

Should I be asking about ‘sex’ or ‘gender’?

Many surveys ask about 'sex' and some ask about 'gender'. So what's the difference and which one should we be asking about?

When people talk about a person's sex, they are usually referring to physical characteristics, hormones, and genes, and the sex you were assigned at birth. Most people will fit into either the male or female categories, but not all, so always include a category for intersex, and an option for people to self-describe if you are asking about this category.

Gender is less about physical biology, and more to do with who we are as people, and our innate sense of self. For many people, their sex assigned at birth matches their current gender identity. But this isn't always the case, so gender is usually a much more useful category to ask about, rather than sex, which may not accurately reflect how a survey respondent lives and experiences the world now.

How do I word my survey question?

You need to balance being inclusive with not confusing the survey taker with too many options. A 2016 government survey asked schoolchildren to define their gender with 24 different options. While some praised the inclusivity this demonstrates, so many options in a single question could make it harder to answer the question accurately. A balance is possible though, by providing open-ended options to self-define. Here's an example:

1. How would you describe your gender?


Whatever you decide, respondents must be able to answer without being forced to choose ‘female’ or ‘male’ with no other option. They also need to be allowed to skip the question completely if they wish, so a ‘Prefer not to say’ option is always recommended.

'Prefer to self-describe' can be a warmer way to provide an 'other' option, as people who fall outside of the gender binary can already feel quite 'othered' on a day-to-day basis.

When asking about gender, always make sure to allow people to opt-out, or to self-describe.

Cisgender describes anyone whose gender identity is the same as the sex they were assigned at birth.

Transgender describes anyone whose gender identity does not match the gender they were assigned at birth.

It's possible to include 'Transgender' as an option when asking about gender, but transgender is not a gender in itself and most trans people identify as either male or female and some prefer no gender at all. So asking a separate question about trans history, as well as asking about gender, is the best way to offer people the option to share that they are trans or have had a trans history.

We've lots more resources if you want more information on how to be compliant with GDPR.

Get help with your own survey

We can design, deliver and analyse your survey for around £500. If you've already got your survey designed, we can optimise it to make sure you're asking the right questions, and getting a good response rate. We can do this for £75+.

And if you'd just like us to have a quick look and make some suggestions, we can do this at a free Audience Appointment (open to anyone in arts, culture, or heritage).

You can find out more about our research services here, or get in touch with our research exec Laura to discuss your needs. 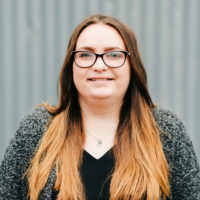